What is the difference between the Red Team and the Blue team?

The primary goal of pitting red team vs blue team is to improve and strengthen your organization’s overall cybersecurity capabilities through a simulated multi-layered attack. If you were to put it into sports terms, the red team is the offense while the blue team is your defense.
Red team versus blue team exercises simulate real-life cyberattacks against organizations to locate weaknesses and improve information security. … Red team vs blue team exercises can last several weeks and provide a realistic assessment of an organization’s security posture.

What Is a Red Team? 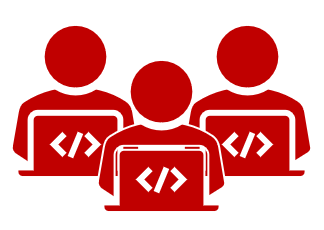 A red team is a group of IT security professionals (also called “ethical hackers”) who either are hired as a group vendor, independent contractors, or they’re internally assembled by your organization. Their job is to test the strength and effectiveness of your cybersecurity defenses by trying to identify vulnerabilities and weaknesses that exist within your technology, physical defenses, and “human firewall” (i.e., your employees’ cybersecurity awareness and knowledge).

So, if this sounds like a red team is a hired group of hackers that simulate or execute cyber attacks on the organization that hired them, then you’re correct — this is basically what a red team does.

But as you can see, red teaming is done for a good purpose and not for malicious intentions. These attacks are one of the most effective ways to find weaknesses that could cause your organization to lose money, people to lose their jobs, and many others to be negatively affected as well. By finding these weaknesses, the red team and your organization can create a stronger defense.

What Is a Blue Team?

The blue team is, basically, your IT security defense team. They are the literal opposite of the red team in terms of what they do. Their purpose is to study, test, strategize, and implement a sound cybersecurity protection plan for your organization. But just like the red team, this team of IT security professionals could be your internal team of employees, a third-party service provider, or a group of independent contractors.
Once again, maybe the best way to describe the blue team is in the terms of red team vs blue team. If a red team is simulating what hackers and other cybercriminals are attempting to do in reality, then the blue team is fighting those attempts. The biggest difference is that what the blue team does is not just a simulation — they’re fighting off real threats every day. This type of exercise gives them the hands-on, practical experience they can use in that daily fight.

Just as the red team preys upon your employees to try to get them to make a mistake, the blue team is: