What is the difference between hashing and salting?

Hashing is a one-way function where data is mapped to a fixed-length value. Hashing is primarily used for authentication. Salting is an additional step during hashing, typically seen in association to hashed passwords, that adds an additional value to the end of the password that changes the hash value produced.
A cryptographic salt is made up of random bits added to each password instance before its hashing. Salts create unique passwords even in the instance of two users choosing the same passwords. Salts help us mitigate hash table attacks by forcing attackers to re-compute them using the salts for each user.

Salting is a concept that typically pertains to password hashing. Essentially, it’s a unique value that can be added to the end of the password to create a different hash value. This adds a layer of security to the hashing process, specifically against brute force attacks. A brute force attack is where a computer or botnet attempt every possible combination of letters and numbers until the password is found.

Anyway, when salting, the additional value is referred to as a “salt.”

The idea is that by adding a salt to the end of a password and then hashing it, you’ve essentially complicated the password cracking process.

Let’s look at a quick example. 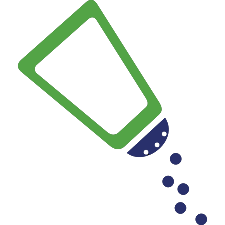 Your salt is just the word SALT

Before hashing, you add SALT to the end of the data. So, it would look like this:

The hash value is different than it would be for just the plain unsalted password. Remember, even the slightest variation to the data being hashed will result in a different unique hash value. By salting your password you’re essentially hiding its real hash value by adding an additional bit of data and altering it.

Hashing is the practice of using an algorithm to map data of any size to a fixed length. This is called a hash value (or sometimes hash code or hash sums or even a hash digest if you’re feeling fancy). Whereas encryption is a two-way function, hashing is a one-way function. While it’s technically possible to reverse-hash something, the computing power required makes it unfeasible. Hashing is one-way.

Now, whereas encryption is meant to protect data in transit, hashing is meant to verify that a file or piece of data hasn’t been altered—that it is authentic. In other words, it serves as a check-sum. 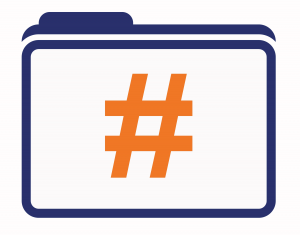 Here’s how it works, each hashing algorithm outputs at a fixed length. So for instance, you may hear about SHA-256, that means that the algorithm is going to output a hash value that is 256 bits, usually represented by a 64 character hexadecimal string (h/t Matthew Haslett).

Every hash value is unique. If two different files produce the same unique hash value this is called a collision and it makes the algorithm essentially useless. Last year, Google created a collision with the SHA-1 hashing algorithm to demonstrate that it’s vulnerable. SHA-1 was officially phased out in favor of SHA-2 in early 2016. But Google had a point to make so it devoted two years’ worth of funds, man hours and talent in a partnership with a lab in Amsterdam to make something that was to that point more of an abstraction into a reality. That’s a long way to go to prove a point. But Google went there.

Anyway, here’s an example of hashing, let’s say you want to digitally sign a piece of software and make it available for download on your website. To do this, you’re going to create a hash of the script or executable you’re signing, then after adding your digital signature you’ll hash that, too. Following this, the whole thing is encrypted so it can be downloaded.

When a customer downloads the software, their browser is going to decrypt the file, then inspect the two unique hash values. The browser will then run the same hash function, using the same algorithm, and hash both the file and the signature again. If the browser produces the same hash value then it knows that both the signature and the file are authentic—they have not been altered.

If it’s not, the browser issues a warning.

That’s actually how code signing works. Just remember, no two files can create the same hash value, so any alteration – even the tiniest tweak – will produce a different value.

The difference between Encryption, Hashing and Salting1024×492 149 KB