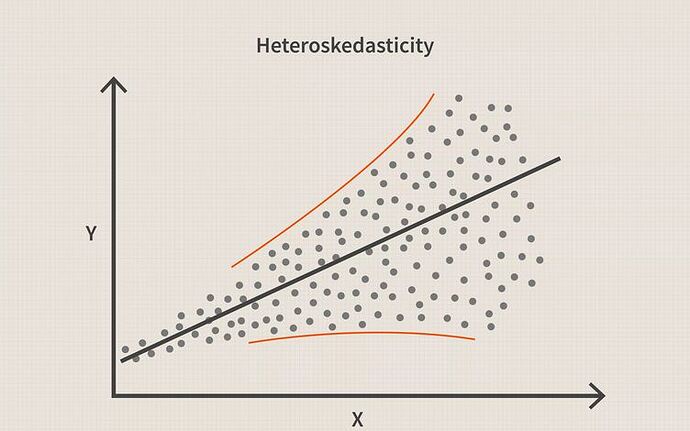 If there is an unequal scatter of residuals, the population used in the regression contains unequal variance, and therefore the results are inaccurate.