What is an event loop in Node.js?

Callbacks are entities that must be handled when executing an application. In the case of Node.js, this is accomplished using event loops. This is a critical feature to have because Node.js allows non-blocking transmit.

An event loop starts operating when a callback occurs somewhere in the middle of an event. A specific listener is generally in charge of this. After the functions have been called, Node.js will continue to execute the code without waiting for the output.

After all of the code has been run, the outputs have been obtained, and the callback function has been run. The name event loop comes from the fact that it functions in the form of a continuous loop.

New events are loaded onto the event queue. These events are processed serially. The event loop takes events from the head of the event queue one at a time and hands them off to the file system, network, or another process.

As those events are processed, they create more events. Those new events are placed at the back of the event queue, and the cycle continues. 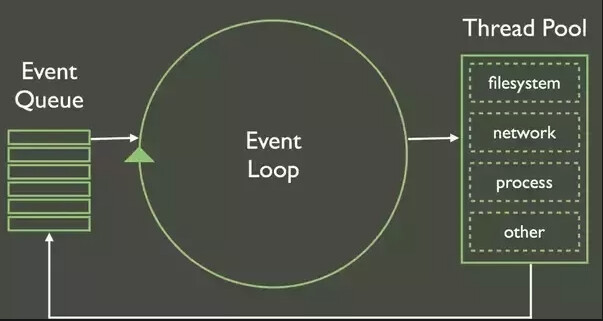