Introduction to Vector in R

A vector is a basic data structure which plays an important role in R programming.

In R, a sequence of elements which share the same data type is known as vector. A vector supports logical, integer, double, character, complex, or raw data type. The elements which are contained in vector known as components of the vector. We can check the type of vector with the help of the typeof() function. 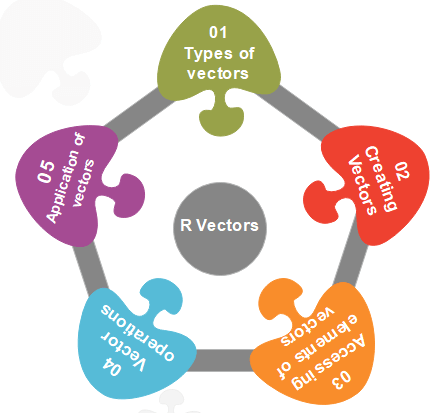 The length is an important property of a vector. A vector length is basically the number of elements in the vector, and it is calculated with the help of the length() function. 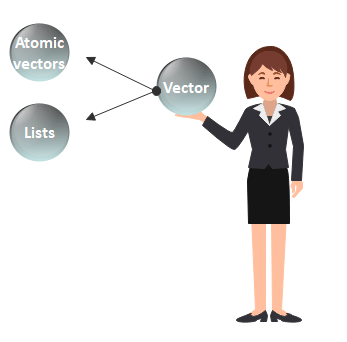 How to create a vector in R?

This operator creates a vector with elements from x to y and assigns it to z. 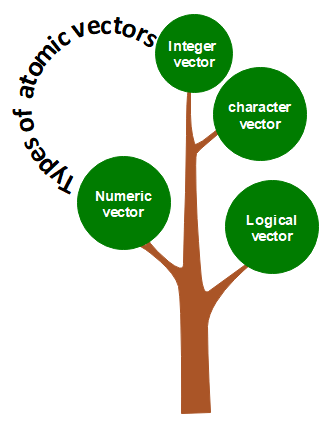 The decimal values are known as numeric data types in R. If we assign a decimal value to any variable d, then this d variable will become a numeric type. A vector which contains numeric elements is known as a numeric vector.

A non-fraction numeric value is known as integer data. This integer data is represented by “Int.” The Int size is 2 bytes and long Int size of 4 bytes. There is two way to assign an integer value to a variable, i.e., by using as.integer() function and appending of L to the value.

A vector which contains integer elements is known as an integer vector.

A character is held as a one-byte integer in memory. In R, there are two different ways to create a character data type value, i.e., using as.character() function and by typing string between double quotes("") or single quotes(’’).

A vector which contains character elements is known as an integer vector.

The logical data types have only two values i.e., True or False. These values are based on which condition is satisfied. A vector which contains Boolean values is known as the logical vector.

2) Indexing with a character vector

In character vector indexing, we assign a unique key to each element of the vector. These keys are uniquely defined as each element and can be accessed very easily. Let’s see an example to understand how it is performed.

3) Indexing with a logical vector

In logical indexing, it returns the values of those positions whose corresponding position has a logical vector TRUE. Let see an example to understand how it is performed on vectors.