Difference between bagging and boosting

Differences between bagging and boosting 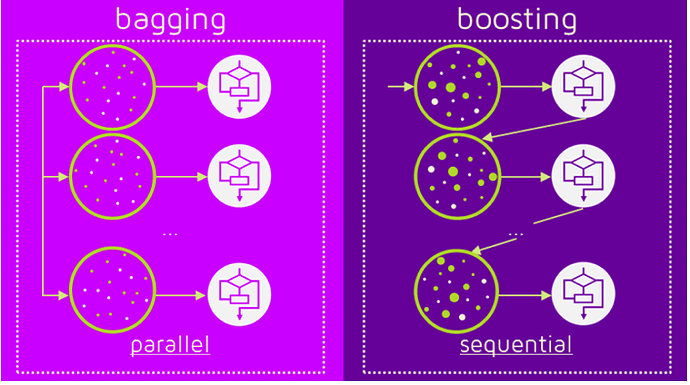 The very first thing I want to cover here is what are the differences between bagging and boosting.

Both of these come under the family of ensemble learning.

The meaning of this is in the random forest, the individual models or individual decision trees are built from the main data parallelly and independently of each other.

In the random forest, multiple trees are built from the same data parallelly and none of the trees is dependent on other trees. Hence this process is called a parallel process.

This process in which all the models are dependent on each other or dependent on the previous model is called sequential learning.

Let me explain the second difference.

Let’s say there are multiple models fit and all these models combine to make a bigger model or a master model. In the random forest, all the models are said to have equal weights in the final model.

For example, if there are 10 models created or 10 decision trees created in a random forest then all these 10 models will have an equal vote in the final algorithm. What I mean here is all these trees are the same for the final model. 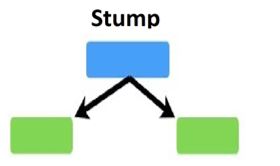