The Poisson distribution is another probability model that is useful for modeling discrete variables such as the number of events occurring during a given time interval. For example, suppose you typically receive about 4 spam emails per day, but the number varies from day to day. Today you happened to receive 5 spam emails. What is the probability of that happening, given that the typical rate is 4 per day? The Poisson probability is:

The mean for the distribution is μ (the average or typical rate), “X” is the actual number of events that occur (“successes”), and “e” is the constant approximately equal to 2.71828. So, in the example above

Now let’s consider another Poisson distribution. with μ=3 and σ=1.73. The distribution is shown in the figure below. 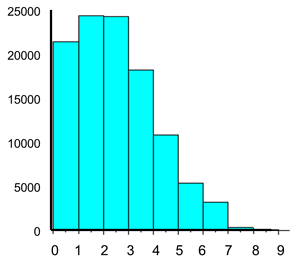 ”) is larger with smaller samples, because it is obtained by dividing the population standard deviation by the square root of the sample size. Another way of thinking about this is that extreme values will have less impact on the sample mean when the sample size is large. 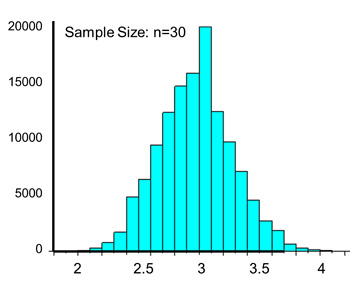 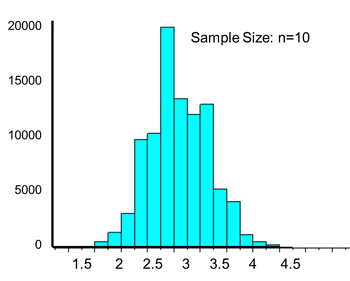