Getting heavier operations done using built-in functions and other smart functions is a known advantage of Python.

Today, I show 3 quick one liners that are often asked in interviews as well. Let’s go!

Just reassign them to each other’s objects and you are done!

The same operation can be done in a single line using list comprehension with nested For loops!

Coming to the point, we can use the reduce function from functools module for a smart calculation.

What it does is, it takes a function and a list as inputs.

The function here is a lambda function which just calculates multiplication of 2 integers. 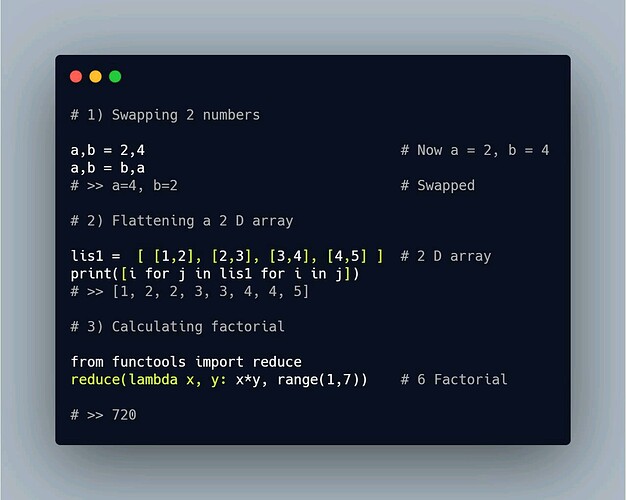